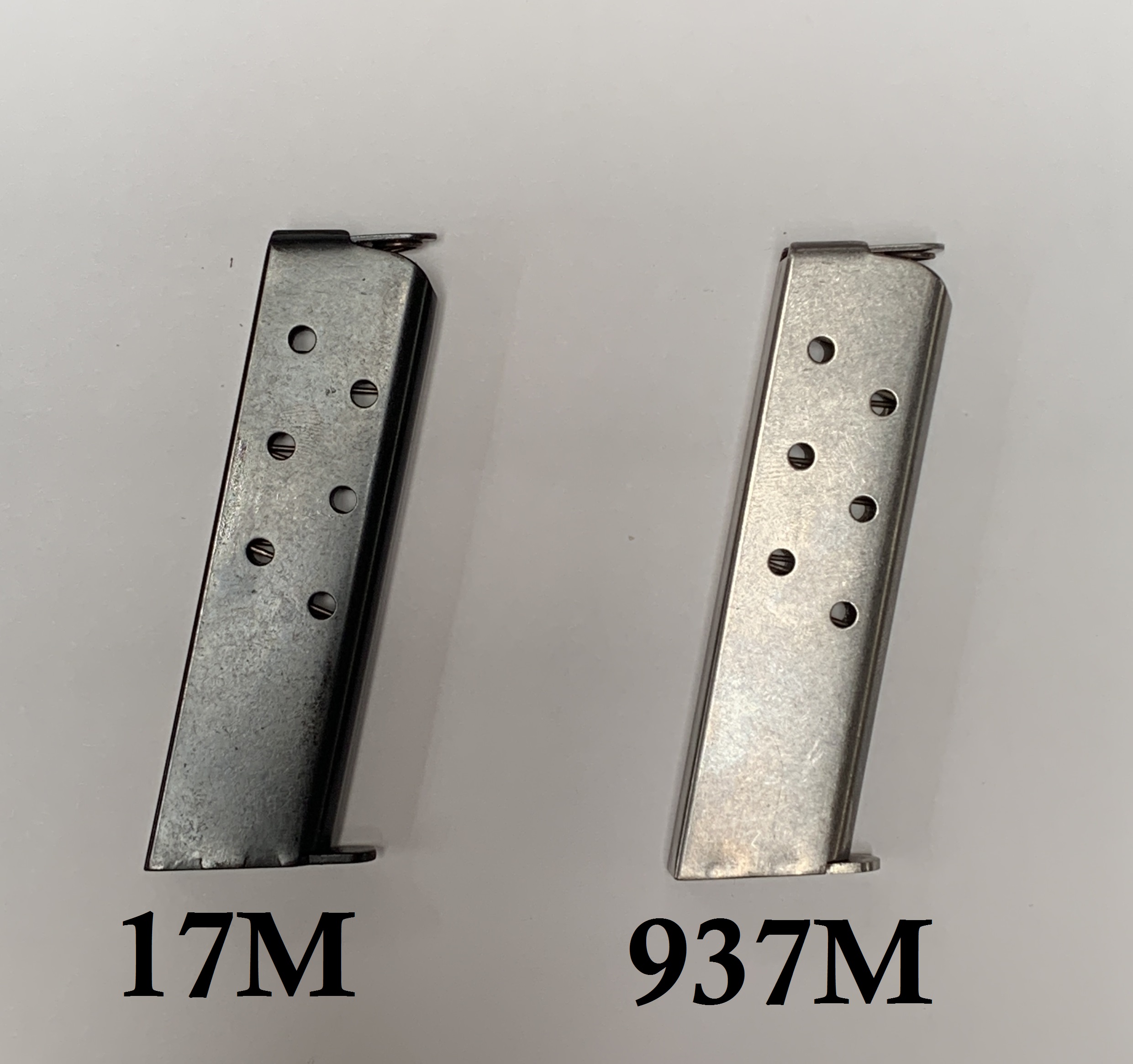 Made by Colt, using Browning patents, from 1903 to 1945. The first issue ended with serial number 72,000 in 1911. The second issue differed from the first in that the barrel length was reduced from 4 inches to 3 3/4 inches. This series ended in 1926 at serial number 105050. The third model ended with serial number 572215 and differed from the first two in that it had no barrel bushing, and from number 414896 forward a magazine safety disconnector was added. Both calibers were discontinued in 1945. Widely distributed throughout the world, many were purchased by the United States, the British, and the Chinese governments. Almost 900,000 of the two calibers were produced.